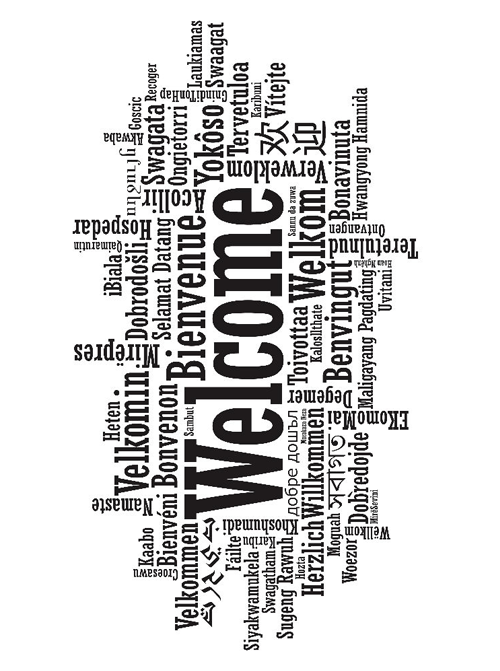 Conceptually, 'Sahodaya 'signifies 'Rising Together'. This came into being in the year 1986, to facilitate synergy of ideas among the schools of CBSE family, for Excellence in Education. A Sahodaya School Complex is a group of neighbourhood schools voluntarily coming together to share their innovative practices in all aspects of school education including curriculum design, evaluation, pedagogy and also providing support services for teachers and students.

Conceptually, ‘Sahodaya ‘signifies ‘Rising Together’. This came into being in the year 1986, to facilitate synergy of ideas among the schools of CBSE family, for Excellence in Education. A Sahodaya School Complex is a group of neighbourhood schools voluntarily coming together to share their innovative practices in all aspects of school education including curriculum design, evaluation, pedagogy and also providing support services for teachers and students.

It is indeed an interactive platform for schools to deliberate upon the different policies and guidelines of the Board and provide effective feedback on their implementation to establish new benchmarks of quality. There is no doubt that much more knowledge is generated when a team or group committed to a common goal undertakes the task of re-modelling and re-fashioning educational practices in a spirit of caring and sharing. Thus Sahodaya introduces the relevance of co-operative learning and collaborative networking. This is further facilitated by the annual Sahodaya Conference held every year to critically examine the relevant issues and evolve a viable and effective framework of action.

A futuristic vision of schooling needs to embrace various sections of society with a view to establishing social justice in terms of providing equal opportunities. Education must fight against any inequity and respond to social, cultural, emotional and economic needs of a learner. The Board as leader and change agent in schooling needs to move from opposition of exclusive education to adopting inclusive education to bridge the gap between different segments of student population. The Central Board of Secondary Education has believed in the concept of caring and sharing which is the spirit that symbolizes the Sahodaya Movement

The diverse array of activities carried out by SSC’s include the following:

3. Discussion on implementation of circulars and guidelines issued by the Board from time to time.

In 1987, CBSE brought out a publication titled, “Freedom to learn and freedom to grow through Sahodaya School Complexes” (SSCs) which characterized “SSCs” as a voluntary association of schools in a given area, who through mutual choices, have agreed to come together for a systematic and system-wide renewal of the total educational process. In other words as “Sahodaya” signifies rising together, it identified six areas, to begin with, for collaboration amongst schools of the complex:

Jaipur Sahodaya Schools Complex is formed to promote and develop social, cultural and educational development amongst the members.

As a part of its annual feature every member school will host interschool activities to enhance the creativity of the students. CBSE Sahodaya School Complexes activities comprise of Book fairs, Science Exhibitions, Debates, Health Mela, and Sports Meets etc. These varied activities immensely contribute in providing a rich educational landscape to the students. All these activities are based on the nine Multiple Intelligences.

"Education is what remains after one has forgotten what one has learned in school." 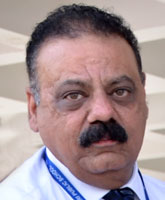 It is my privilege and honour to be the President of Jaipur Sahodaya School Complexes.

I personally believe that great ideas do not belong in a vacuum, each one of us as an educator / administrator has to continuously strive for excellence by synergy of ideas.

Sahodaya gives us this opportunity of coming together, forming an interactive and sharing relationship and a productive partnership.

It is time for us to seek out networks, connect and collaborate. Let us learn, unlearn and relearn from each other to improve the educational outcomes of our children.

I look forward to make my humble contributions, together with all Sahodaya members to bring about a marked positive difference in education. 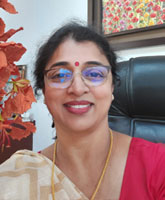 It is my honor to be the Secretary of Jaipur Sahodaya School Complexes.

A futuristic vision of schooling needs to embrace various sections of society with a view to establish social justice in terms of equality of opportunities.

Education is a systematic process through which children acquire knowledge, experience, skill and sound attitude. It makes an individual civilized, refined, cultured and educated.

Jaipur Sahodaya School Complexes is a voluntary association of schools within an area with mutual choices. They have agreed to come for a systematic and system wide renewal of the total educational process. It will be working for promoting academic collaboration through joint seminars, workshops, teacher trainings and many more. The objective behind it is to enable sharing of each others experiences and facilities for promoting inter school alliance. It also aims to bridge the gap between different segments of students.

I hope that Jaipur Sahodaya School Complexes will be immensely successful in uniting the efforts for escalation of educational process for children. 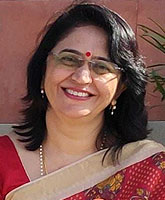 Nelson Mandela once said “Education is the most powerful weapon to change the world” and it still rings so true for our time and generation. Being an educator I am afforded with this unique opportunity to be part of Sahodaya fraternity where our work is a synergy of empathetic and focused learning environment. Here sharing of ideas and knowledge is facilitated for greater good. I therefore consider it a privilege and honor to be endowed with such a great responsibility to serve in this team of luminaries and work with sincere dedication to achieve our shared goals. 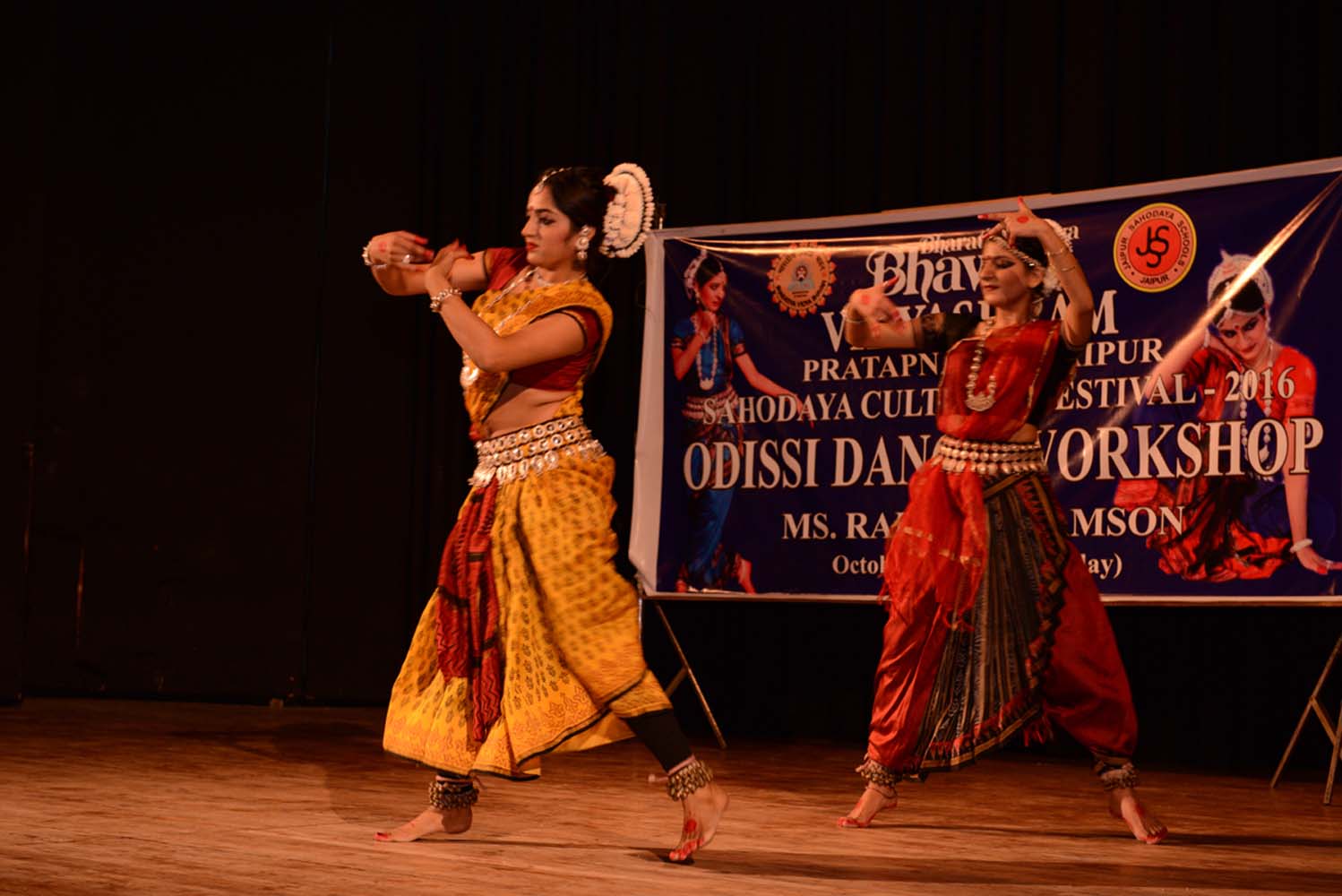 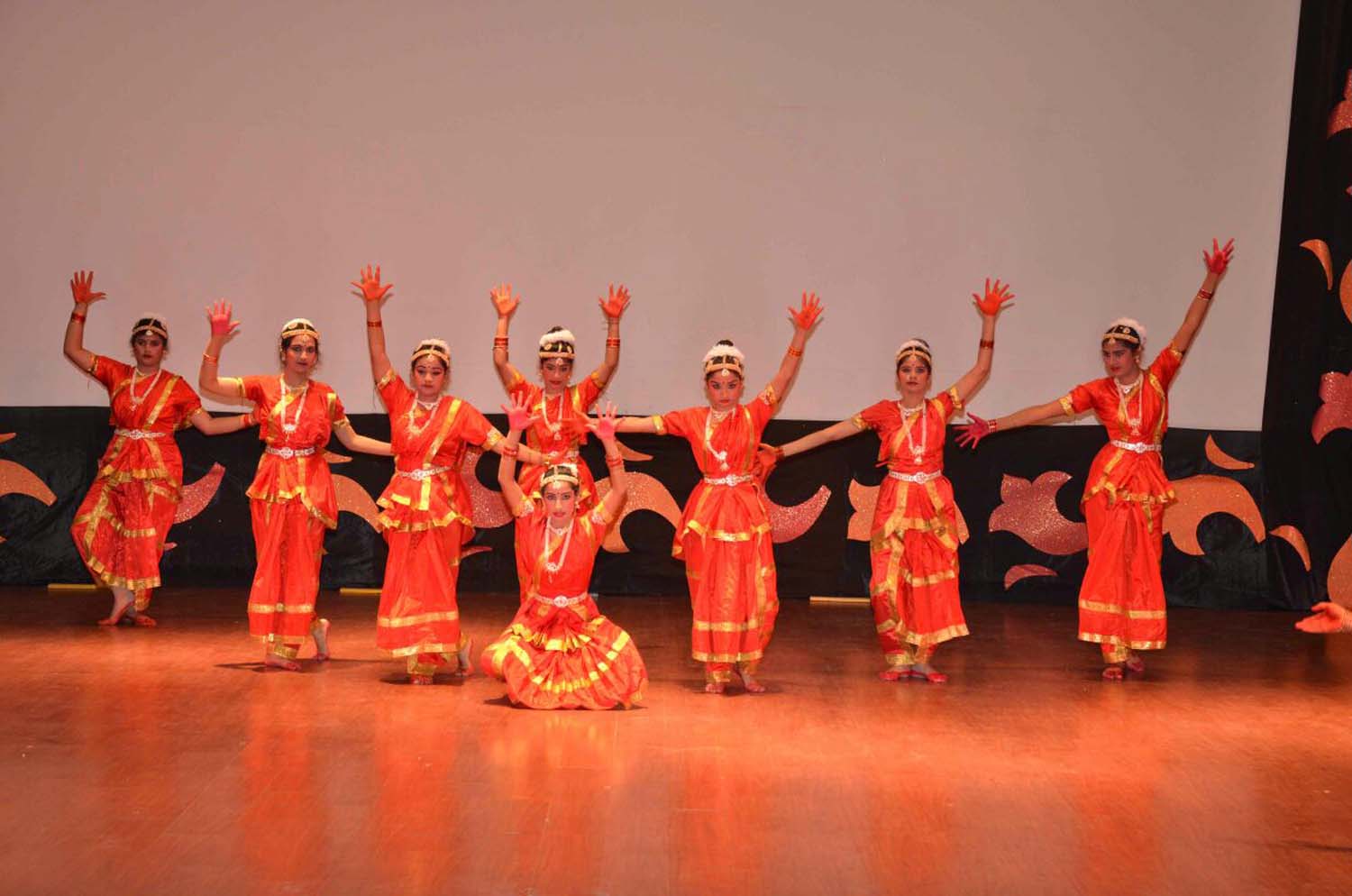 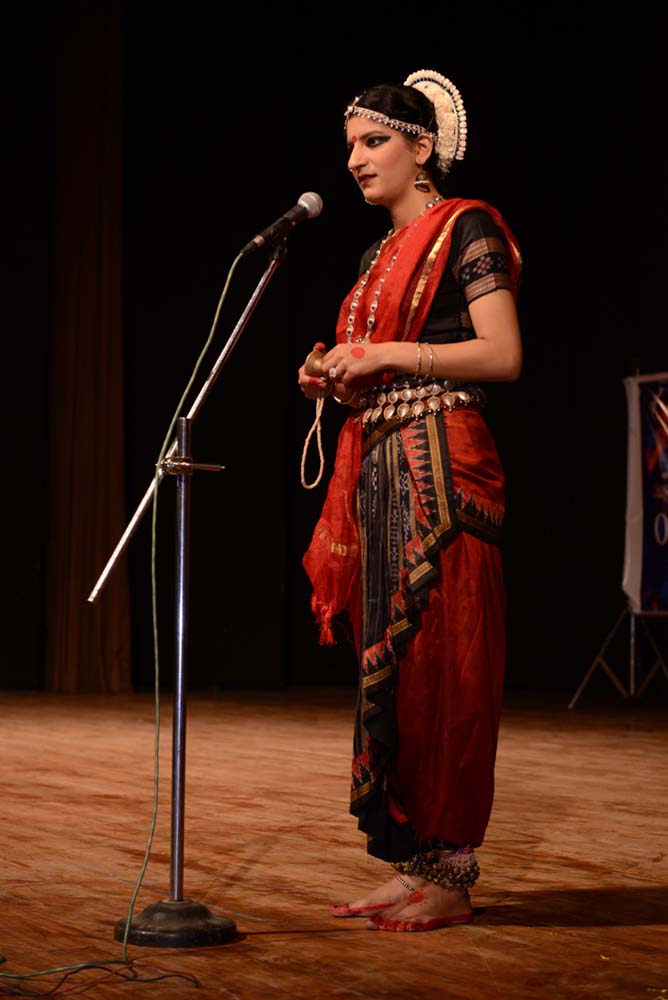 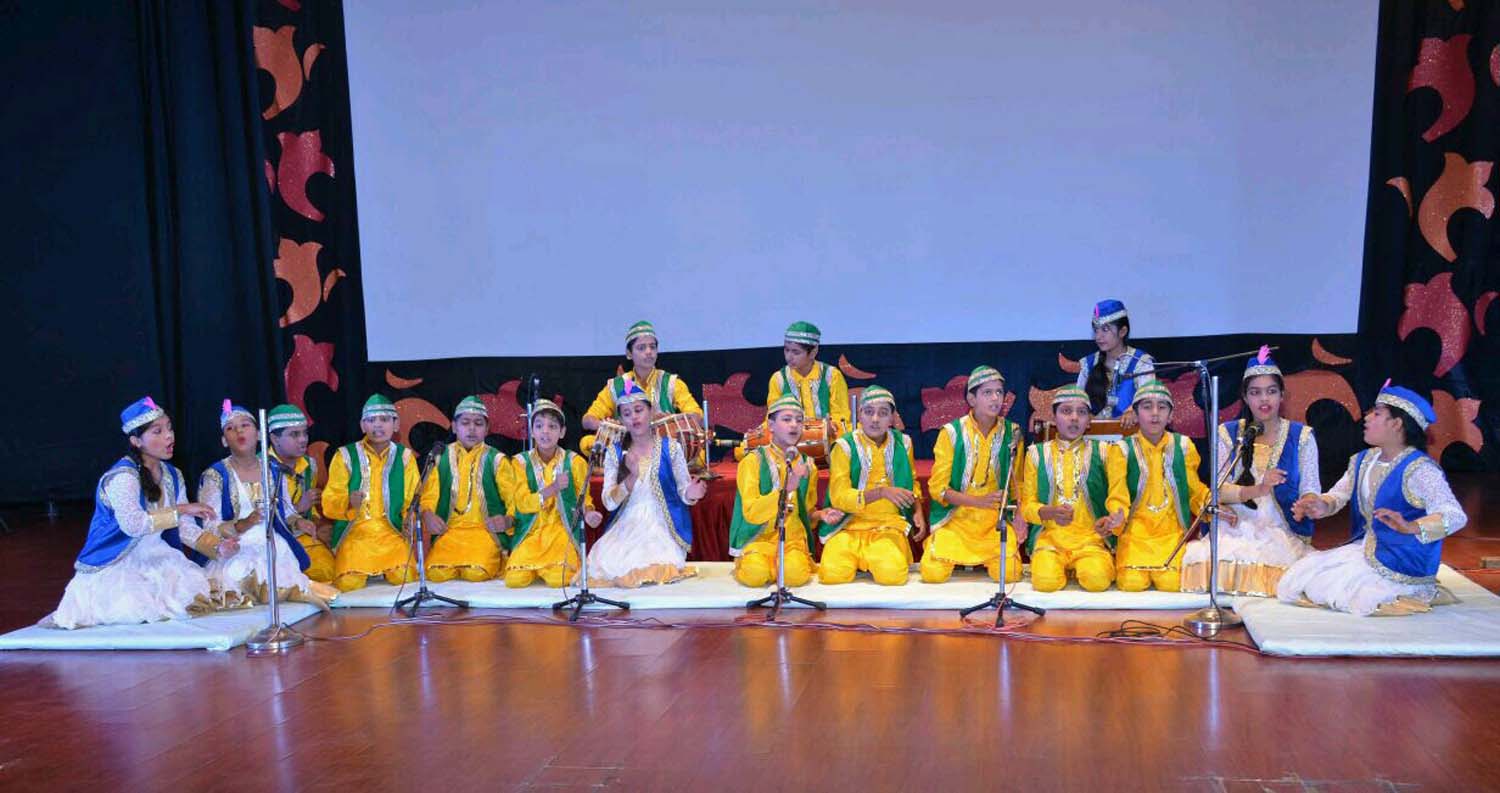 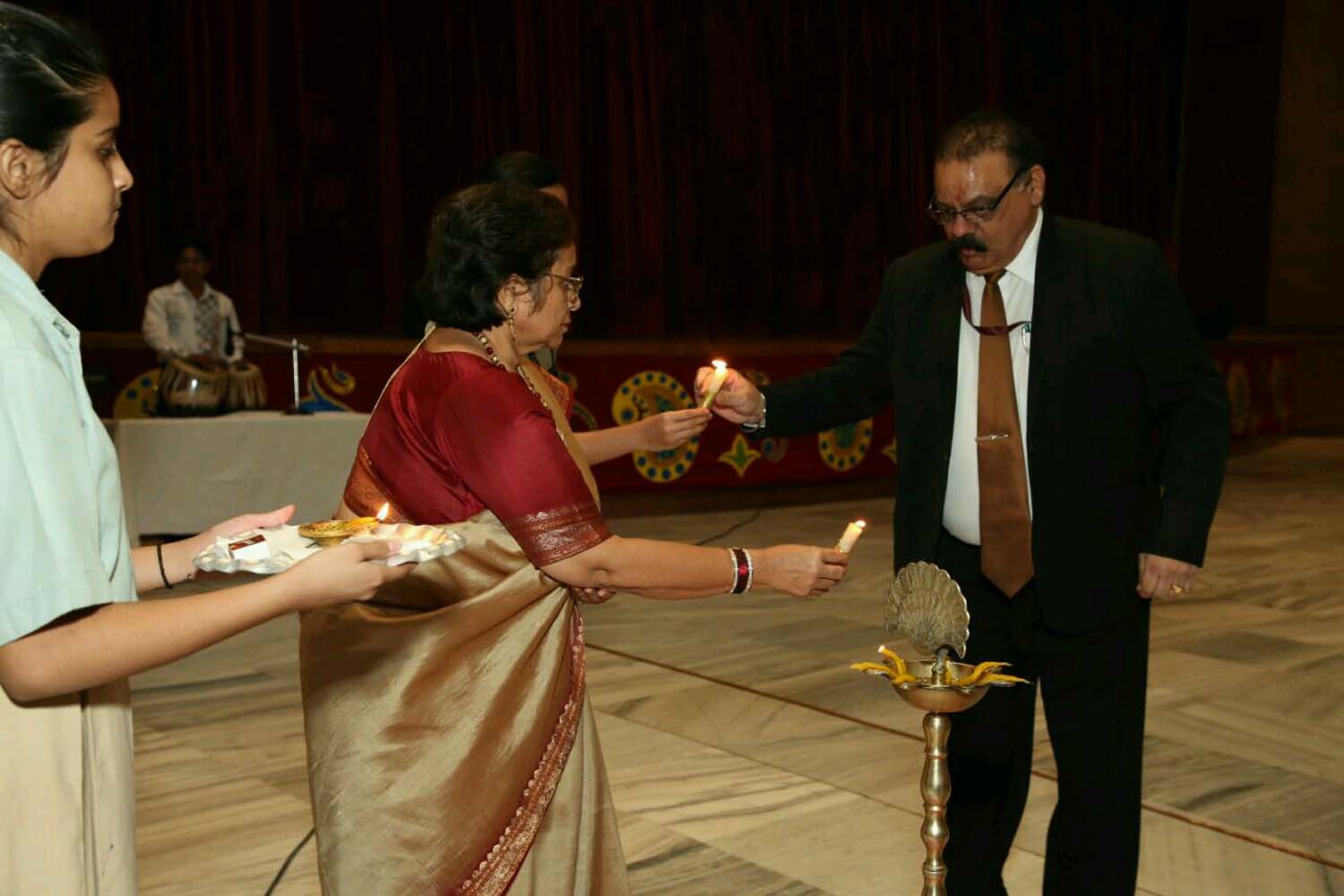 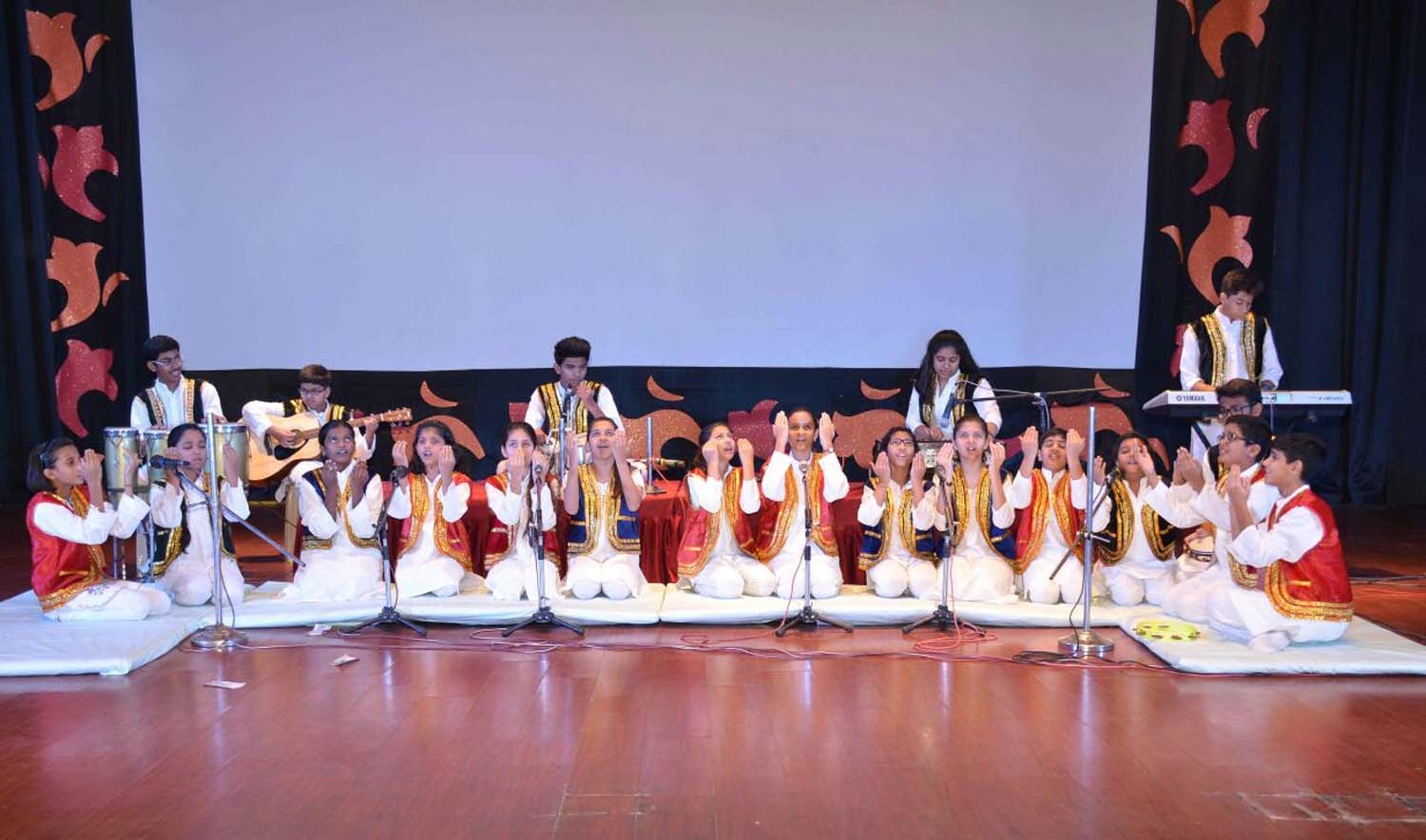 It is my privilege to be elected as a member of the Executive Committee of Jaipur Sahodaya Schools Complex. I am highly thankful to the intellectual members of JSSC for the same.

I take it as my moral responsibility to contribute for the causes & results of JSSC in whatever little way, I can. The aim for each one of us remains the same – The quality benchmark in school education.

I look forward to working with each one of you in a cohesive & collaborative manner to create mutual and enduring value for our common vision.

With Best Wishes and Warm Regards

I feel honoured to be a part of Jaipur Sahodaya School Complexes.

Education makes a door to bright future as the world of education is ever changing and our interconnectedness is increasing.

By tapping into the resources of my school, broader community, I volunteer to burn the midnight oil, when it comes to quality of education.
Individually we are one drop, but together with all Sahodaya members we are an Ocean.

I firmly believe that it opens the door to a long-term vision of what something could look like.

Sahodaya came into being to facilitate synergy of ideas among the schools of CBSE family for Excellence in Education by voluntarily coming together to share innovative practices in all aspects of school education.

Through commonly agreed choices, the associated schools have come together for a carefully thought-out rejuvenation of the educational process.

As the word “Sahodaya” itself signifies, it is a rising together of the collaborating schools by forming a close connect that allows sharing of mutually beneficial ideas and resources.

With this worthy purpose in mind, I look forward to continued healthy interaction among the Sahodaya members for making a marked difference in the field of education.

Co-operation, collaboration and camaraderie are the hallmarks of the Jaipur sahodaya. When school leaders come together as community and work towards common goals, it leads to sharing of best practices and innovative ideas, collaboration in different areas of school education and overall growth of all stakeholders.

Regular meeting and the spirit of ‘Working Together and Rising Together’ helps each member school to feel empowered to develop innovative pedagogies and design curriculum to fulfil the goals outlined in the National Education Policy.

It is an absolute honour and pleasure to be a member of the Executive Council in the Jaipur Sahodaya.

Jaipur is the capital and the largest city of the Indian state of Rajasthan in Western India.

It was founded on 18 November 1727 by Jai Singh II, the ruler of Amer after whom the city is named.

Jaipur is also known as the Pink City of India.

The city was planned according to Indian Vastu shastra by Vidyadhar Bhattacharya in 1727.

There are three gates facing east, west, and north.

There is a government museum at Hawa Mahal and an art gallery at Viratnagar.

The prior rulers of Jaipur patronised a number of arts and crafts. They invited skilled artisans, artists and craftsmen from India and abroad who settled in the city. Some of the crafts include bandhani, block printing, stone carving and sculpture, tarkashi, zari, gota-patti, kinari and zardozi, silver jewellery, gems, kundan, meenakari and jewellery, Lakh ki Chudiya, miniature paintings, blue pottery, ivory carving, shellac work and leather ware.